i’m 18 weeks pregnant, so a few weeks into the second trimester! that being said, i definitely wanted to share how my first trimester went. we announced at 15 weeks, so really we kept the entire first trimester to ourselves {and shared with our family + closest friends! YouTube vid coming later this week of surprising everyone!}. it was hard towards the end of the first trimester because i was starting to show in my normal size clothes… and i was pretty sick from weeks 5-10, so quite a few of you messaged me and asked if i was okay since you were seeing a lot less posts!

this being my first pregnancy, i had no idea what exactly to expect during my first trimester. i was constantly texting my mom and sister-in-law Shannon and looking up symptoms via reputable sites. so let’s take it back to the very beginning…

i wrote in this blog post about our fertility journey. up until the holidays last year, robbie and i had pretty much come to the conclusion that we would go see a fertility specialist in the new year. in the meantime, i was tracking my ovulation closely. in January, my period was late, but since it’d been all over the place since going off birth control {skipping months even!}, i didn’t think too much of it. four weeks after missing my period, my body definitely started to change and it’s so crazy to think about looking back! my very first symptom of being pregnant was my boobs hurting like CRAZY. not the normal tender nipples during your period… full on not being able to sleep at night because every single position was uncomfortable for my boobs. that was crazy to me! one morning after this had been going on for a few days, i decided to finally take a test. robbie was still sleeping, so i slipped out of bed and went into the bathroom and took a test with my small pregnancy test strips that come with the ovulation kit.

pretty much immediately there were two bold pink lines!!!! i think i stared at it for a full minute before it sunk in and then i cried happy tears! i immediately start googling how far along i was from the first day of my last period, what to expect in the first few weeks, etc. mind you, robbie was still asleep through all of this, haha! even thought the pregnancy test was positive, i think in my mind i still didn’t quite believe it. i wanted to run to Target to go get the more heavy duty pregnancy tests, since i didn’t have any on hand. later that day i took more tests and they all came back with the same result: pregnant!

photo on the left was the first positive pregnancy test and the others i took later that day/next morning just to be sure!

now, i wanted to tell robbie in a special way and surprise him. this all happened on a Thursday and i was still taking tests well into Friday to make sure it was real {seems silly looking back!}. on Saturday robbie was running a half marathon, and i wanted to wait at least until after his race. for some reason, i thought it would mess with his mojo {he told me later it would have made him run faster, haha!}. Valentine’s Day was the next week and i thought that would be a special day to tell him. turns out i couldn’t wait that long {and i’m sure you all think i’m nuts for waiting three full days as is!}, so Sunday i told him! you’ll see the video clip later this week, but i had been saving a onesie with “i heart dad” on it for some time and i gave him an early “Valentine’s Day present” with that inside and my positive pregnancy test. let me tell you, he was shocked when he opened it and didn’t say anything for a good 10 seconds, haha! one, because we both thought it wasn’t going to happen without the help of a doctor and two, because he thought the early Valentine’s Day present was lingerie {LOL still giggling over that one}. it was such a sweet, sweet surprise and i’m so glad i secretly filmed it because his reaction was priceless. :]

took this selfie right after i told robbie :]
onesie is from Baby Gap {no longer available}

we spent the next several weeks telling our family + closest friends in person, via FaceTime, etc., and going to our first doctor’s appointment{s}. it was such a special time in our lives and seeing Baby Tripp the first time via ultrasound was surreal! at week 10, my parents were in town for an ultrasound and that was the first time we got to hear baby’s heartbeat. it was so special and a memory i’ll cherish forever. i shared this on Stories the day we announced, but at that same ultrasound baby kept moving his/her little hand, like a wave! i have it on video and it’s the cutest thing.

our first ultrasound at 6 weeks! sidenote: it’s not common to do it so early, but our doctor had an ultrasound cancellation after our appointment was over and let us have a peek at Baby Tripp! this early, we had to do a vaginal ultrasound.

at week 10, we took my parents to an ultrasound {not at our doctor’s}! it was so fun to have them there and we got to hear baby’s heartbeat for the first time!

this ultrasound was at week 14 and right before we went to Carlsbad to shoot our announcement photos in The Flower Fields. love how you can see baby’s tiny lips and nose and round belly!!! we tried to find out baby’s gender at this appointment, but baby had legs crossed the entire time! we did blood work after that, haha.

i’ve been asked a lot of the same questions over and over, so i thought for the remaining of this first trimester recap i’d answer in a Q&A format:

when is Baby Tripp due!?
mid-October! we’ve decided to not share the exact date to have a little bit of privacy around the birth, but also because babies come when they want! i personally don’t want to get a number stuck in my mind and be anxious if it’s not happening on the exact date. maybe that’s a first time mom thing?! on another note, robbie was most ecstatic about this when i told him we were pregnant because his birthday is October 8th and we always wanted a fall baby!

how did you announce?
in case you missed it, see our announcement post here and here! we announced on Easter and it was such a special day. the response for our followers was incredible and we can’t thank everyone enough for the love and warm wishes for Baby Tripp already!

were you sick during your first trimester?
i was pretty sick from weeks 5-10. i only threw up once {during a photoshoot, on the side of the road LOL}, but i was nauseous alllll day long during those weeks. the choke down some carbs and drink ginger-ale type sick. i was literally always starving but nothing, and i mean nothing, ever sounded good. it was so hard to eat feeling so sick! at week 10, those symptoms definitely lightened up and i was only nauseous at certain times of the day. by week 12 i felt pretty good! my entire first trimester though i had zero energy. i napped at least once a day and i’m sure you all noticed a lot less content being posted. i truly did allow myself to take a break and let my body do what it needed to do!

any food aversions?
pretty much everything, haha! only simple carbs went down okay. i was repulsed by any protein {red meat, chicken, eggs, etc.} and anything with processed sugar made me feel so sick. i ate a lot of macaroni, toast, ramen, and pasta my first trimester.

any food cravings?
the only thing i craved first trimester was citrus! couldn’t eat enough oranges and anything with lime {you may have noticed all my lime greek yogurt, lime shakes, etc.} towards the last few weeks of the trimester when i was feeling better.

do you have a feeling about the gender of Baby Tripp?
i didn’t have a “mother’s intuition” about the gender either way! we are just excited to have a healthy baby.
{at this point though, yes, we do know the gender and will be sharing soon!}

how much weight have you gained?
not much! i think that’s mostly due to how sick i was during most of the first trimester. at one of my appointments i even had lost a few pounds {my doctor wasn’t worried, just told me to make sure i was eating enough calories moving forward}. overall i’ve gained less than 10 lbs so far {and once again, i’m almost half-way through my pregnancy} and my doctor said a good range for me would be to gain 25-35 lbs.

are you still working out?
the first few weeks of pregnancy i was still going to spin class regularly. as soon as i started to feel sick, that dropped off quick. robbie and i always went on regular, long walks during my first trimester {and still do!} to keep me moving and get my heart rate up.  now that i’m feeling much better, i’m just getting back into working out and will be sharing my new routine {with The Mirror} soon!

what prenatal vitamins are you taking?
my first trimester i was taking these {and all last year trying to get pregnant, too} and i’m now taking these! i switched per the suggestion of my sister-in-law Shannon. she recommended both brands, but the first brand was bought out by a new company recently and she trusts the latter ingredients more now. she’s a peds ER nurse, so i’ll always trust her judgement!

do you have stretch marks? if so, what product are you using on stretch marks?
yes! i’ve had stretch marks since middle school. they’ve been faint and silvery for the past 5-6 years {very deep and red at other times of my life!}, but they are definitely starting to show more now! i’ve been using this oil once or twice a day since about half way through my first trimester. i love it and it really helps nourish my skin as it’s starting to stretch and pull to make room for Baby Tripp.

are you feeling comfortable in your new pregnant body?
yes! it’s definitely changing, but i’m being kind to myself and allowing myself grace with these changes. i’m excited to bring you all along on my self-love journey throughout my pregnancy and i’ll be sure to keep you updated.

are you sleeping through the night?
towards the end of my first trimester, i definitely started having to get up in the middle of the night {sometimes a few times!} to go to the bathroom. i was able to sleepy comfortably at that point though. it’s a whole different story now in the second trimester!

are you just sizing up or wearing maternity clothes?
just sizing up for now, but that will change very soon! if you have any recommendations for size inclusive maternity brands, please leave them below.

let me know if you have any other questions down below! happy to answer anything i missed. thanks for reading! xx 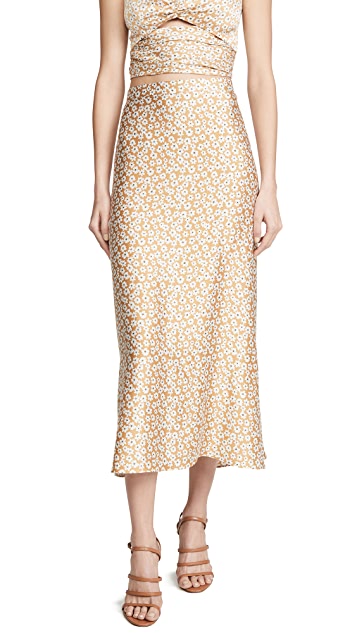 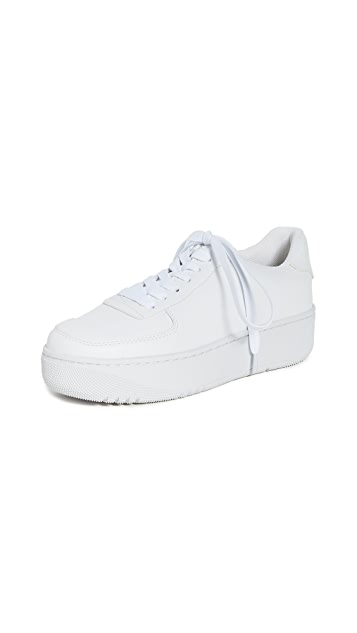 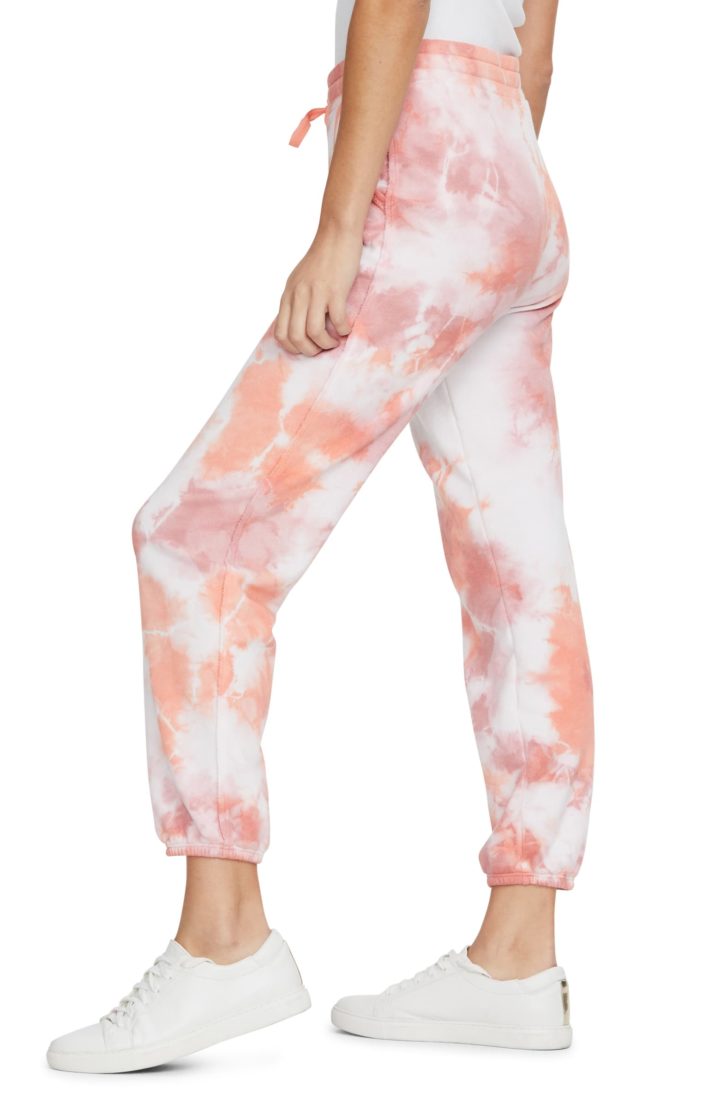 DIG INTO THE ARCHIVES